Boston, MA 03/10/2014 (wallstreetpr) – At 40, is Microsoft Corporation (NASDAQ:MSFT) facing a mid-life crisis or do we see a new spring in its step? The answer will depend on who you ask this question to. There are enough naysayers who say Microsoft is not only past its prime but will be extinct soon like the dinosaurs. Sure, compared to its heyday in the ‘90s when the U.S. Justice Dept. and many State governments banded together to try and break it up in an iconic anti-trust case, Microsoft Corporation (NASDAQ:MSFT) has come a long way. It’s no longer seen as a colossus or a bully making life difficult for its competitors. It has ceded so much ground to competitors in so many of its areas of ‘core competence’ that it commands pity more than fear.

In search, after sinking billions, its Bing search engine continues to remain in the red. Windows 8 has not been a happy experience nor its mobile OS offering Windows Mobile. Google is eating Microsoft Corporation (NASDAQ:MSFT)’s lunch in search engines, mobile OS, and web browser application. With Apple offering its OS for free, it’s astonishing to see how far things have changed. When Bill Gates founded Microsoft, International Business Machines Corp. (NYSE:IBM) made the ‘mistake’ of thinking that most of the money lay in the hardware. Microsoft made its money as Gates substantially succeeded in his mission to put a PC on every desktop in the world (at least in the developed world). Now Apple is able to command such a premium on its hardware that it gives the OS away for free.

The Surface tablet has been a failure by all accounts. What about the purchase of Nokia Corporation (NYSE:NOK)’s mobile unit? Nokia was already facing headwinds in its mobile division. Its headsets were no longer selling like hot cakes like they used to earlier.

And A Few Bright Spots

Meanwhile, XBox continues to do well in the games business. Satya Nadella, the new India-born CEO is an old Microsoft hand who headed Microsoft’s cloud service offerings for its enterprise clients. That is one of the few bright spots for Microsoft. With Steve Ballmer around as a Board member and Bill Gates playing a more active role as a ‘Technology Adviser’ to him, Mr. Nadella has his task cut out for him.

In summary, things appear quite precarious. Microsoft Corporation (NASDAQ:MSFT) is certainly not a darling of the markets like Apple Inc. (NASDAQ:AAPL) or Google Inc. (NASDAQ:GOOG). The next few years should reveal whether Microsoft will be able to chart a growth path or will march into oblivion like BlackBerry, Yahoo! Inc. (NASDAQ:YHOO), or AOL Inc. (NYSE:AOL).

Pushpa Naresh has done MBA (Finance) and an avid market tracker. She is a technical analyst who closely tracks US markets along with other global markets like India. She has been expressing her views about markets and also advises various clients. View more posts 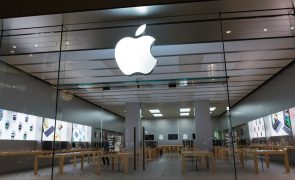