Boston, MA 03/07/2014 (wallstreetpr) – EBay Inc (NASDAQ:EBAY) needs some cooling. But who will put his gun down to get the water? The company which is a household name in the e-commerce industry is fighting against an activist investor about how to deal with its widely profitable online payment business.

EBay Inc (NASDAQ:EBAY) is best known for its online marketplace, and perhaps how it is giving rival Amazon.com Inc (NASDAQ:AMZN) sleepless nights. In 2002 the company acquired PayPal which is arguably the world’s most famous online payment service. As more and more companies outsource jobs and online transactions catching flame, PayPal has been a money-making machine for eBay Inc (NASDAQ:EBAY).

So far, that’s a good story, or it seems to be.

EBay Inc (NASDAQ:EBAY) is being taken to task by investor Carl Icahn for why the company is clinging onto PayPal. According to the most recent filing data, Mr. Icahn owns just a little over 2 percent stake in eBay Inc (NASDAQ:EBAY), yet he is not only making big demands, but is already a thorn in the flesh of the company’s management.

The activist investor wants PayPal to be run as a separate company from eBay Inc (NASDAQ:EBAY). Among other things, the investor says the move will allow the online payment business to even get profitable deals from eBay Inc (NASDAQ:EBAY) competitors. But you know what, eBay CEO John Donahoe and his management team will hear none of that. So, Mr. Icahn just said that his fights have not yet even begun.

It now seems there will be more fireworks coming from the management and Mr. Icahn’s camps. 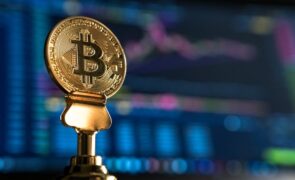