The House Judiciary Committee approved a Bill on Wednesday that would decriminalize marijuana at the federal level. The Marijuana Opportunity Reinvestment and Expungement Act of 2019 (the “MORE Act”) passed by a wide margin, 24-10, with bipartisan support. The impact of this bill could be extraordinary for companies operating in the space.

But, for investors, it’s hard to see through the veil of hype and understand where the most important opportunities truly lie. Here’s our list of the top 5 names to have on your radar asap: Canopy Growth Corp (NYSE:CGC), Aurora Cannabis Inc (NYSE:ACB), Sugarmade, Inc. (OTCQB:SGMD), Curaleaf Holdings Inc (OTCMKTS:CURLF), and Tilray Inc (NASDAQ:TLRY).

It’s perhaps the biggest overall name in the space when it comes to a combination of producing and investing in the space, so it has to be near the top of any measure as far as benefitting from a shift whereby full-scale legalization in the US market is concerned.

The company managed to rope in revenues totaling $90.5M in overall sales during the company’s most recently reported quarterly financial data — a figure that represents a rate of top line growth of 249.1%, as compared to year-ago data in comparable terms. In addition, the company has a strong balance sheet, with cash levels far exceeding current liabilities ($3.2B against $372.8M).

According to its own materials, the company offers its products under the Tweed, Black Label, Spectrum Cannabis, DNA Genetics, Leafs By Snoop, Bedrocan Canada, CraftGrow, and Foria brand names. It also offers its products through Tweed Main Street, a single online platform that enables registered patients to purchase medicinal cannabis from various producers across various brands.

In the company’s words, “Canopy Growth is a world-leading diversified cannabis and hemp company, offering distinct brands and curated cannabis varieties in dried, oil and Softgel capsule forms. From product and process innovation to market execution, Canopy Growth is driven by a passion for leadership and a commitment to building a world-class cannabis company one product, site and country at a time.”

This is also one of the most geographically diversified players in the cannabis space, with operations in 12 countries across five continents.

And there has been plenty of PR work here. The Company is proudly dedicated to educating healthcare practitioners, conducting robust clinical research, and furthering the public’s understanding of cannabis, and through its partly owned subsidiary, Canopy Health Innovations, has devoted millions of dollars toward cutting edge, commercializable research and IP development. Through partly owned subsidiary Canopy Rivers Corporation, the Company is providing resources and investment to new market entrants and building a portfolio of stable investments in the sector.

One of its most important divestitures and strategic interests is Canopy Rivers Inc., a unique investment and operating platform structured to pursue investment opportunities in the emerging global cannabis sector. The company works collaboratively with Canopy Growth to identify strategic counterparties seeking financial and/or operating support.

The company has developed an investment ecosystem of complementary cannabis operating companies that represent various segments of the value chain across the emerging cannabis sector. As the portfolio continues to develop, constituents will be provided with opportunities to work with Canopy Growth and collaborate among themselves, which the company believes will maximize value for its shareholders and foster an environment of innovation, synergy and value creation for the entire ecosystem.

Canopy Growth Corp (NYSE:CGC) has suffered a bit of late, with shares of CGC taking a hit in recent action, down about -5% over the past week. But a move toward opening up the US market even further should have an obvious impact on the stock’s value.

Aurora Cannabis Inc (NYSE:ACB) is one of the most widely diversified players in the cannabis space due to its powerful strategic investments, and it clearly also deserves to be at or near the top of this list.

However, just drilling down into its core cannabis production operations, Aurora Cannabis Enterprises Inc, trumpets itself as “one of the world’s largest and leading cannabis companies” and a licensed producer of medical cannabis pursuant to ACMPR.

The stock has suffered a bit of late, with shares of ACB taking a hit in recent action, down about -26% over the past week. Over the past month, shares of the stock have suffered from clear selling pressure, dropping by roughly -28%.

Aurora Cannabis Inc (NYSE:ACB) pulled in sales of $98.9M in its last reported quarterly financials, representing top line growth of 416.7%. In addition, the company is battling some balance sheet hurdles, with cash levels struggling to keep up with current liabilities ($362M against $436.4M, respectively).

Sugarmade Inc (OTCMKTS:SGMD) is perhaps the most interesting name on this list because the company isn’t as subject to the whims of the cannabis market to the extent that cannabis is a commodity. The company engages in the supply of hydroponic and cultivation products. It expands margins for producers looking for an edge.

The company recently acquired BZRTH, a leading ecommerce name in the hydroponics space. That move alone sets the company up to drive forward sales over the $37 million mark.

The company just put out a shareholder letter in which it stated: “We are committed to a process that will leave Sugarmade as the single dominant publicly traded player in the hydroponics space. That process is well underway, and it involves strategic M&A activity and operational execution. A perfect example of this process is our recently closed acquisition of BZRTH. That move delivers us an ecommerce footprint and infrastructure that can’t be matched in the industry right now, including a best-in-class logistics platform and a 55k square foot fulfillment center. We are in the process of another landmark acquisition that will feed into this process with a great deal of synergy. This is a simple act of combinatorial mathematics. The big point is that we know the long-term reality: gaining dominance in hydroponics now will pay off massively down the line. That’s the axiomatic idea. And we are taking steps to realize that vision every day.”

The company supplies hydroponic and indoor/outdoor cultivation products to the agricultural market sectors, including the legal cannabis cultivation, processing, and distribution sectors.

After acquiring BZRTH, the Company expects the new combined entity to drive EBITDA profitability, net-positive cash flows, and top-line sales of $37 million on a forward basis.

“As of today, Sugarmade is one of the largest publicly traded hydroponics companies in the world,” remarked Jimmy Chan, CEO of Sugarmade. “The most important idea we want to convey to our committed shareholders right now is that this move was not a one-off deal. It’s part of a multi-step roll-up strategy designed to create the dominant force in this market as we look ahead to a world where hydroponics becomes the difference between success and failure for producers in the rapidly growing market for hemp and hemp-related crops in North America.”

Curaleaf Holdings Inc (OTCMKTS:CURLF) is a vertically integrated cannabis player that has started to move into the hemp-based CBD space in an aggressive fashion. The stock has been outperforming the broader hemp-cannabis-cbd complex in recent action, which is notable.

The company just announced that it has opened its 27th dispensary in Florida at 3631 NW Federal Highway in Jensen Beach on Friday, November 15th.

According to the release, “Curaleaf has the largest cannabis dispensary footprint in the US with 50 dispensaries across the country and continues to execute on its strategy of rapid expansion in Florida. The new 4,500 square foot location is accessible to patients from the Jensen Beach area, including the communities of Jupiter, Port St. Lucie, Stuart, Port Salerno and Palm City, and will offer a full range of premium quality medical cannabis products and private consultations by meticulously trained staff.”

Curaleaf Holdings Inc (OTCMKTS:CURLF) operates a large number of dispensaries, 12 cultivation sites and 9 processing sites with a focus on highly populated, limited license states, including Florida, Massachusetts, New Jersey and New York. Curaleaf, Inc. leverages its extensive research and development capabilities to distribute cannabis products in multiple formats with the highest standard for safety, effectiveness, consistent quality and customer care. Curaleaf is committed to being the industry’s leading resource in education and advancement through research and advocacy.

Curaleaf Inc.’s Florida operations were the first in the cannabis industry to receive the Safe Quality Food certification under the Global Food Safety Initiative, setting a new standard of excellence.

And the stock has been acting well over recent days, up something like 11% in that time.

“We have been hearing from patients about the need for a full-service medical cannabis center along the Martin County and St. Lucie County coast,” said Joe Lusardi, Curaleaf CEO. “Curaleaf is proud to be the first dispensary in Jensen Beach, and we look forward to serving this community.”

Curaleaf Holdings Inc (OTCMKTS:CURLF) managed to rope in revenues totaling $64.9M in overall sales during the company’s most recently reported quarterly financial data — a figure that represents a rate of top line growth of 0%, as compared to year-ago data in comparable terms. In addition, the company has a strong balance sheet, with cash levels far exceeding current liabilities ($140.3M against $64.1M).

The company offers its products in Argentina, Australia, Canada, Chile, Croatia, Cyprus, the Czech Republic, Germany, New Zealand, and South Africa. Tilray, Inc. was incorporated in 2018 and is headquartered in Nanaimo, Canada.

One of its key subsidiaries is High Park, which was launched to produce and distribute world-class cannabis brands and products for the Canadian market. Based in Toronto and led by a team with deep experience in cannabis and global consumer brands, High Park has secured the exclusive rights to produce and distribute a broad-based portfolio of cannabis brands and products in Canada, subject to applicable laws and regulations.

Even in light of this news, TLRY hasn’t really done much of anything over the past week, with shares logging no net movement over that period. Over the past month, shares of the stock have suffered from clear selling pressure, dropping by roughly -8%.

Tilray Inc (NASDAQ:TLRY) pulled in sales of $51.1M in its last reported quarterly financials, representing top line growth of 408.6%. In addition, the company is battling some balance sheet hurdles, with cash levels struggling to keep up with current liabilities ($122.4M against $130.2M, respectively). 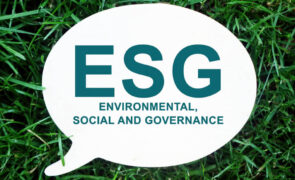 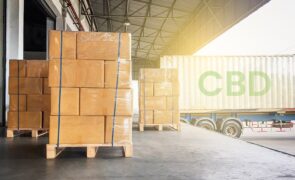 The Future of CBD is All About Distribution Positioning Like Real Brands Inc. (NEPT, RLBD, CRON, YCBD)
Fiona Gibson - June 17, 2021