Walgreens Boots Alliance Inc (NASDAQ:WBA) revealed in a regulatory filing on Tuesday that it plans to shut down 200 of its outlets in the U.S as part of its cost-cutting efforts.

The company filed a regulatory filing on Tuesday, through which it revealed the plan to close down more than 200 stores in the U.S. The announcement follows a similar one in May when Walgreens revealed plans to shut down 200 of its retail outlets in the United Kingdom.

“As previously announced, we are undertaking a transformational cost management program to accelerate the ongoing transformation of our business, enable investments in key areas and to become a more efficient enterprise,” stated a Walgreens spokesperson.

Walgreens has its operations in 11 countries and its total number of retail outlets exceeds 18,500 stores. However, 2019 has not been a very good year for the company and that is evident in its stock performance. Its stock value shed about 25% of its value this year so far. Walgreens estimate that the downsizing efforts will help it save over $1.5 billion in FY 2022.

Walgreens will retain workers after the shutdown

The Walgreens spokesperson also added that the company does not expect the shutdowns to disrupt patients customers since those stores represent just 3% of the company’s total number of stores. The firm also announced that it will retain most of the workers affected by the downsizing by moving them to other stores in nearby locations. However, some of the workers will likely end up losing their jobs.

Despite announcing the planned shutdowns, the company did not reveal any details about the specific locations that that will be closed down. The slight downsizing efforts is just one of Walgreens’ cost management plans through which it hopes to ease the pressure that it has been feeling courtesy of the generic drug market.

The company has not yet revealed some of the other cost management activities through which it plans to keep its business afloat. Walgreens executives home that the store closure will help boost its business which performed poorly in Q2.

Swati Goyal has over 6 years of experience in financial research & analysis domain. She has built financial models varying from consumer goods to banks. She has her articles published in leading dailies of the nation View more posts 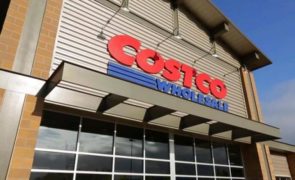