There are a number of catalysts cooking right now for the cannabis space, including US national legalization and various state legalization agendas now in play.

Senate Majority Leader Chuck Schumer’s recent bill to advance the idea of national federal legalization in the US would seem to serve as a shot across the bow for this process. While Schumer admitted he doesn’t have the votes at this point, the bill is reportedly set to reappear after some adjustments in September.

The space may be primed to discount that event over coming weeks.

We take a closer look at some of the more interesting names on this list below.

GrowGeneration Corp (NASDAQ:GRWG) trumpets itself as a company that owns and operates retail hydroponic and organic gardening stores in the United States.

The company has been growing rapidly through a series of key strategic moves and now carries and sells thousands of products, including organic nutrients and soils, advanced lighting technology and state of the art hydroponic equipment to be used indoors and outdoors by commercial and home growers.

GrowGeneration Corp (NASDAQ:GRWG) recently announced its acquisition of Aqua Serene, a southern Oregon-based hydroponic garden center with stores in Eugene and Ashland, Oregon. Aqua Serene is one of Oregon’s largest indoor/outdoor garden center, with revenue of over $14 million annually.

“As the country’s fourth largest legal cannabis market, Oregon continues to be a critical market for GrowGeneration,” said Darren Lampert, GrowGen’s CEO. “The Oregon market, in particular, represents tremendous market potential, with over thirteen hundred recreational producer cultivation licenses in the state. GrowGen is proud to expand its presence in the area through the acquisition of highly respected and leading hydroponics stores such as Aqua Serene. “

The context for this announcement is a bit of a bid, with shares acting well over the past five days, up about 3% in that timeframe. GRWG shares have been relatively flat over the past month of action, with very little net movement during that period.

GrowGeneration Corp (NASDAQ:GRWG) banked sales of $90M in its most recent quarterly data — a figure that represents a rate of top line growth of 172.9%, as compared to year-ago data in comparable terms. In addition, the company has a strong balance sheet, with cash levels exceeding current liabilities ($133.1M against $45.7M).

Sugarmade Inc (OTC US:SGMD) is a quickly rising force in the California cannabis market, with the initial pieces in place to put together a fully vertical model where it produces cannabis, creates cannabis products, distributes those products to delivery hubs, and then delivers them to its customers’ doors.

It has recently acquired licensing, property, and resources, and has launched its Nug Avenue delivery business commercially, where it is quickly racking up sales.

Sugarmade Inc (OTC US:SGMD) just put out a big update this morning noting strong growth in its Nug Avenue cannabis delivery service operations as well as the further strides the company is making toward verticalizing its model through the acquisition of California cannabis licenses and potentially establishing commercial operations in the cannabis delivery market outside of the state of California.

The big news on Nug Avenue is that it was just launched in LA in March and the company already has over 10k members. That’s extraordinary growth. It’s especially important given that the company recently signed an MOU to acquire multiple new licenses. It also just announced that it now has capital in escrow to acquire more property.

If you add all of those concepts together, they point to quick expansion ahead in the form of new Nug Avenue locations. And more LA locations may not be the end of it because the company also noted in its update that it is taking active steps to expand Nug Avenue into Oregon. In other words, this is just the start. The company wants to be full farm-to-door vertical in the cannabis space and likely across the country.

Sugarmade Inc (OTC US:SGMD) CEO Jimmy Chan added, “We continue to make tangible strides toward a vertically integrated model. Our long-term strategic vision is to establish the capacity to control all aspects of production, supply, manufacturing, packaging, distribution, and delivery – to become a true “farm to door” cannabis company. This vision should provide for better unit economics, margin growth, and gains in product quality and customer satisfaction. Organic brand growth, property acquisition, licensing, and geographic expansion are all important steps toward achieving that vision for Sugarmade and its shareholders.”

According to the company, as of July 6, 2021, IIP owned 72 properties located in Arizona, California, Colorado, Florida, Illinois, Maryland, Massachusetts, Michigan, Minnesota, Nevada, New Jersey, New York, North Dakota, Ohio, Pennsylvania, Texas, Virginia and Washington, representing a total of approximately 6.6 million rentable square feet (including approximately 2.2 million rentable square feet under development/redevelopment), which were 100% leased with a weighted-average remaining lease term of approximately 16.7 years. As of July 6, 2021, IIP had invested an aggregate of approximately $1.6 billion (consisting of purchase price and development and tenant reimbursement commitments funded, but excluding transaction costs) and had committed an additional approximately $347.8 million to reimburse certain tenants and sellers for completion of construction and tenant improvements at IIP’s properties, which does not include an $18.5 million loan from IIP to a developer for construction of a regulated cannabis cultivation and processing facility in California.

Innovative Industrial Properties Inc (NYSE:IIPR) managed to rope in revenues totaling $42.9M in overall sales during the company’s most recently reported quarterly financial data — a figure that represents a rate of top line growth of 103%, as compared to year-ago data in comparable terms. In addition, the company has a strong balance sheet, with cash levels exceeding current liabilities ($661.5M against $0). 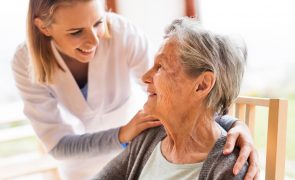