The finance ministry in Thailand has unveiled the much awaited tax framework for the cryptocurrency this week.

The Finance Minister of Thailand, Mr. Apisak Tantivorawong has said in the cabinet meeting on March 27, 2018, that the trades involving crypto will be taxed at 7% VAT (value added tax). He also favored for the capital gains tax of 15%.

The Finance Ministry has released the first draft for regulating digital assets on March 14, 2018. According to the first draft, the proposed tax on the digital gains is 15%.

The ICOs in Thailand is paused due to the uncertainty surrounding the digital currencies in February 2018. The initial coin offering is halted for the release of the regulatory framework by the Securities and Exchanges Commission of Thailand.

The governor of Central Bank, Thailand has instructed the banks in Thailand to desist from trading or investing in Cryptocurrency in February 2018. The Central Bank has also advised the banks not to create exchanges or platforms to facilitate the trade in Cryptocurrencies. However, the circular of the central bank is not applicable for other crypto services or exchanges.

The new regulations are aimed at preventing the use of crypto for money laundering, criminal activities and tax evasion. Mr. Korn Chatikavanij, the Chairman of Fintech Association in Thailand, has said the government should be careful in framing the regulation of crypto currency. They should not form too stringent regulations for the crypto currency.

It is to be noted that more startups involving in crypto are looking for opening operations in Singapore because of liberal regulations with an exception to the ICO held in Bangkok recently. It is also notable that crypto currency transactions are tax free in South Korea as of now.

According to Natavudh Pungcharoenpong, the co-founder, six.network is closely working with Thai SEC to ensure transparency with respect to the crypto currency operations.

J Ventures, a Thai company, has mobilized funds worth $21 million through the sale of 100 million JFin  tokens in just 55 hours. Even the already issued ICOs have to comply with the new regulations within six month period.

Bank of America Corp (NYSE:BAC) To Pay Its Employees Working Through The Pandemic A $750 Bonus
Mouss Kleindler - January 26, 2021 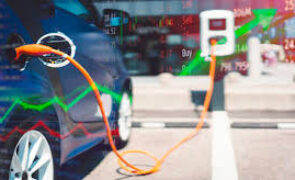