Tesla Inc (NASDAQ:TSLA) is pushing owners in Canada to help push for a new pricing model. The automaker is pushing to be allowed to charge their vehicles by kWh.

The company plans to make similar pushes in countries where authorities only charge per minute as opposed to the total energy.

There are several markets where charging stations are not allowed to charge electric vehicle drivers by the kWh. Instead, they charge by the minute.

Tesla is launching its Model 3 and Model Y in Canada as it seeks to expand its market. The automobile is working on expanding its market through retails and sales presence. The company is projecting to record massive growth in the 2Q 2020.

Initially, the company CEO indicated plans to shut all Tesla stores and turn to online sales model. However, the decision was overturned a few months later, and the company has been progressively opening new locations. Key markets that Tesla is targeting include North America and China.

The pandemic that has affected the company’s operations and its deliveries for 1H 2020. However, the automaker is on target to achieve its sales target for the year. Tesla plans to produce twice as many cars in the second half of 2020 as it did in the first. In Canada, the company is planning to have stores in Ottawa, Ontario, and Laval.

Tesla has been growing steadily, and the company’s CEO Elon Musk has been pushing for its expansion in China, which is one of the top markets for Electric Vehicles. Early this year, the company started delivering its Model 3 to customers from its new gigafactory in Shanghai. During the launch of the first vehicle in China, Musk said the company had moved with speed I China than earlier expected.

Tesla’s Shanghai plant is its second-largest and the first outside the U.S. The factory was constructed in 2019 and completed in less than a year. 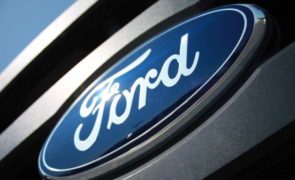