The stock of Nokia Oyj (ADR) (NYSE:NOK) closed at $5.93 gaining 1.63% in yesterday’s trading session. This phone company has expressed its intention of cutting down about 310 jobs from its Nokia Technologies unit. Asides from that, it will also be seeking to put a halt on the development of its virtual reality camera “OZO” and hardware.

The unit so far has about 1,090 workers and the Staff in Finland will be the most affected by the potential cuts. By the end of June, the company had about 102,000 employees who helped run the company’s manufacturing operations. Nokia has made a statement outlining that the unit will continue focusing on patent, brand licensing business and digital health.

The company’s spokesperson opined, “The slower-than-expected development of the VR market means that Nokia Technologies plans to reduce investments and focus more on technology licensing opportunities.”

After encountering serious challenges some years ago, Nokia focused on changing its business strategies and is now working on telecoms network equipment. Last year, the phone company unveiled its new camera and that was a showcasing of its digital media business.

It will be counting on the new device for its future growth. The device was designed with the aim of making 3D games and movies that can be played and watched with the virtual reality headsets. It hoped to make more sales after it took lower the price of the device by about 25%.

HMD Global this year unveiled four Nokia smartphones. But the Nokia 9 is a real showcasing of the major stride the phone company has made in business. On the other hand the Nokia 8 is currently up for sale in India and Europe.

Specs for the newest device haven’t been unveiled yet. Customers anticipate a device featuring the Zeiss optics. It is said to be constituted by a 4GB of RAM, the Snapdragon 835 processor and 64/128GB on-board storage options.

The company’s progress is impressive and a lot of people are looking closely to see what it achieves in the near future. 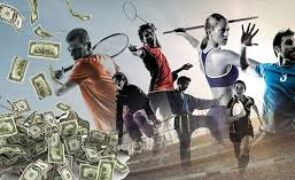