Boston, MA 03/28/2014 (wallstreetpr) – Growlife Inc (OTCBB:PHOT) which provides equipment used by growers of legalized marijuana announced extension of the date to close a deal with RXNB Inc. The company didn’t disclose enough details about why the extension came about, but it is understood to be related to its joint venture with CANX US. The completion of a due diligence exercise and subsequent closing of the deal with RXNB has been moved to April 4, the company announced. As per the agreement, GeowLife will be granted opportunity to sell and distribute proprietary technologies offered by RXNB. This sale and distribution of the proprietary technologies will be done globally and the GrowLife will partake in the profits. However, the deal will require approval by the board of Growlife Inc (OTCBB:PHOT).

Momenta Pharmaceuticals, Inc. (NASDAQ:MNTA), in whose stock analysts at TheStreet remain bearish with a sell recommendation, could get away with an opportunity to develop a generic version of Copaxone if the U.S. top court doesn’t grant the wishes of Teva Pharmaceutical Industries Ltd (ADR) (NYSE:TEVA). In July 2013, a court ruling favored the position of MNTA and other cheap generic drug manufacturers seeking to bring to the market a generic version of Copaxone. But TEVA is firmly against such moves as they will effectively erode its drug patent protection and expose it to intense market competition. A decision as to whether the top court will review the earlier ruling is expected earliest on March 31. Momenta Pharmaceuticals, Inc. (NASDAQ:MNTA) is still soaked in losses. The company reported loss of 59 cents against 45 cents loss which Wall Street expected in its most recent quarter.

Chatters about disbanding or restructuring of mortgage giant Federal National Mortgage Assctn Fnni Me (OTCBB:FNMA) and sibling Freddie Mac continue to take different directions. While need for cheaper housing loans is on the mind of everyone, watered-down U.S. economy and unemployment are issues that stand as firm obstacles to doing away with the two government-sponsored mortgage companies. Just when investors were asking that FNMA and Freddie Mac be returned to the public, a bill in the House of Repetitive seeks to restructure the mortgage firms. 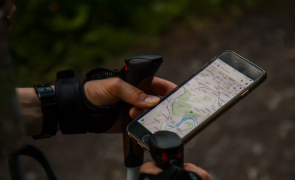