Mobile Medical Examination Service, Inc. (MedXM) has settled on Vonage Holdings Corp (NYSE:VG) as its business communications partner, a matter that has hit headlines in a major way. The Santa Ana-based MedXM has over the years majorly directed its efforts towards designing and implementing the preventive care technology. Asides from that, it is also known to carry out a wide array of the health risk assessments.

One of the top officials working with MedXM while recently speaking to a number of top news reporters said that they were happy that they were accomplishing a lot of their set goals. He termed the company’s great success in providing its medical staff with high end technology a major achievement. The company will from now onwards be able to drive highly customizable and enhanced patient outcome solutions, but the most important part will be its new capacity to lower the costs.

Prevention, education and early detection according to Yahoo, happen to be some of the factors that MedXM has been considering over the years to carry out its functions. Vonage and MedXM are firm believers in the fact proper communication plays a significant role towards the implementation of the above three outlined pillars.

CEO, MedXM, Sy Zahedi, while recently speaking to a number of top journalists said, “When we made the decision to move our communications system to the cloud, the most important consideration was partnering with a company that would help us to provide our members – patients, healthcare plans and physicians – with the same robust network of resources and unparalleled customer service that they expect from MedXM.”

Sy Zahedi also said that as a company they remained much dedicated to delivering on their promises. He complemented the company’s move to the cloud and added to say that they were making steps towards a new era in business. The new development was going to serve them with the agility they needed in order to continue connecting with members in whichever places they were. It would make it much easier to handle their healthcare needs in a prompt manner. 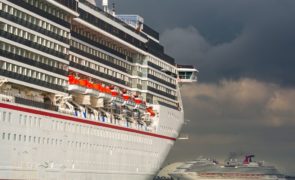