Boston, MA 04/03/2014 (wallstreetpr) – MannKind Corporation (NASDAQ:MNKD) moves a step ahead in getting its first product marketed as the drugmaker’s inhaled diabetes treatment wins the support of a U.S. advisory panel.

Members of an advisory board of the U.S. Food and Drug Administration voted 13-1 for MannKind’s treatment for Type 1 diabetes and 14-0 for its treatment for Type 2 diabetes yesterday. The drug called Afrezza was consented to receive the approval of the FDA by the advisory panel, although the FDA is not bound to accept the suggestion. FDA’s staff expressed disagreement with the suggestion, raising concerns in a March 28 report suggesting that the drug adversely affects the functioning of lungs. The report also claimed that data from a trail obtained by treating Type 1 diabetes patients with the drug was missing.

It is being speculated that even if the drug gets the approval, its success in the market would still be a question on account that the Valencia, California based drugmaker will have to approach a partner which could drive sales for the drug. Mannkind Corporation (NASDAQ:MNKD) is already in talks with some companies, as its Chief financial Officer, Matthew Pfeffer said. He said that announcement of a potential partner could be expected soon after FDA gives out its decision, which is due on April 15.

The company has been seeking approval to market the drug for around 8 years, when it had initiated the late stage trails for the drug. According to analysis by the Centers for Disease Control and Prevention, Type 1 diabetes was found in 8.3% of Americans in 2010, while Type 2 is more common among diabetes patients. According to data compiled by analysts at Bloomberg, if approved, Afrezza could generate as much as $534 million in 2018.

Shares of Mannkind Corporation (NASDAQ:MNKD) surged 74% after the news and reached up to $6.99 at the close in New York. This is the highest one day jump of the company’s shares since 2004. 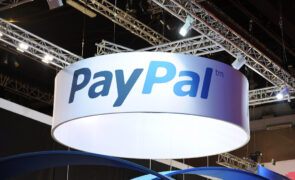