Amazon Inc. (NASDAQ:AMZN) and Google (NASDAQ:GOOGL) have finally come into an agreement regarding their long standing faceoff regarding video streaming services by making their services and devices to work together. YouTube beginning today will be on Fire TV while Prime Video will find its way to Android TV and Chromecast.

Google will also benefit with its devices that include android TV and Chromecast devices gaining support of Amazon’s Prime Video. Going forward users of Chromecast and Chromecast Built in will be able to access more than 2,000 apps for games and content straight to their TV from the Prime Video app.

End of impasse between Google and Amazon

The agreement between the tech giants was arrived at after years of public bickering and negotiations. The spat between the companies began four years ago when amazon removed Chromecast devices from its offering stating that its video services were not available on the device. However in December last year they again began selling the Chromecast devices.

The agreement has been expected after several years of differences regarding video streaming services. This was expected after Amazon implemented YouTube on the Echo Show. On may the companies agreed to move from their past differences by agreeing to put consumer interest first. 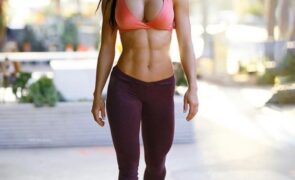