Ford Motor Company (NYSE:F) has unveiled its Mustang Mach E electric vehicle, and investors are turning to it now. This is a massive development for the automaker. It seems quite impressed to be one of the companies motivating others to venture into the development of electric cars.

Congratulatory messages are flowing in. One of them being from the CEO of Tesla Inc (NASDAQ:TSLA) Elon Musk. He is quite impressed with the great move by the company. He believes that more companies need to embrace the whole idea of manufacturing electric vehicles because they are the future of business.

Mach E to uplift the company

The CEO of FORD Jim Hackett is quite excited about Mach E and its outstanding design. It has a futuristic interior that will see the company take up market leadership according to the official. He said that it was turning out to be an exercise in futility convincing the Wall Street analysts that they had something to offer. This official outlines that these analysts had remained skeptical about its capabilities for over two years. Anyway, he was glad that the company had now made its point through its Mach E.

The latest step is going to impact the way the company does things a great deal. This business guru may be considering some restructuring moves, and soon, the profit warnings will be a thing of the past.

FORD says that it might be making a lot of desirable changes soon. That is even if it means doing away with some aspects in its initial plan.

For instance, it sees it fit to accelerate the speed at which it develops its wide-ranging product architectures. This and other moves will see it cut down about 20 billion on what it would have spent. This is according to Hackett.

During the unveiling of its Mach E, Ford said that the latest innovation was going to give them an edge over most of their competitors. It was also about upholding their relevance in the dynamic markets. The company is willing to channel about $11.5 billion towards the development of its electric and hybrid vehicle models.

It is important to note that most of the automakers haven’t had a great experience with sales. This business guru expresses confidence that its product will be profitable right from the start. 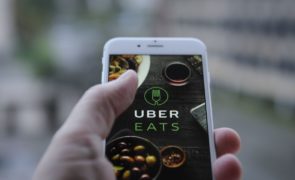