Ford Motor Company’s (NYSE:F) sales have grown and particularly in China where there was a strong performance of up to 15% increase in July compared to the same time last year. This was occasioned by the sale of 88,189 vehicles. The company’s joint ventures also had its share of good performance. Changan Ford (CAF) and Jiangling Motor Corporation (JMC) had a sale of 652,836 vehicles in total which was 6% improvement. Competition for the market is real given the entry of new Automakers at the wake of every sunrise.

As CAF rose to 20% growth with its sale of 69,074 vehicles, year-to-date sales accelerated past the half million mark with 503,719 vehicles sold. On the other hand, 17,748 vehicles are what JMC, Ford’s commercial vehicle investment in China sold which was 6% up with a year-to-date sales total of 139,262 vehicles which translate to a downward of 5%  It seems like Ford is embracing the competition.

Ford recalls some of its vehicles

Ford Motor Company which is a global automotive has confirmed that it is recalling close to 830,000 of its vehicles because of a faulty latch. The fault is so severe such that it can cause the door to swing open while the car is in motion. There are speculations that the fault has already resulted in at least one crash. Hence the company says it does not want to take any more chances given the numerous reports especially in states with higher ambient temperatures and solar loading.

The company’s core business is in designing, manufacturing, marketing, and financing. It also involves the servicing of a range of Ford cars, trucks, SUVs and electrified vehicles. Word has it that it is working on a strategy of being a leader in connectivity, mobility, and autonomous vehicles. Thus, it is in the process of pursuing promising opportunities through Ford Smart Mobility. With its 201,000 employees and 67 plants worldwide, it is also working on enhancing its customer experience. 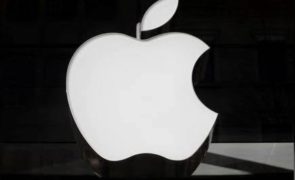