The Delta variant doesn’t seem to be changing behavior on a bottom-up level. The vaccinated understand they are protected. The unvaccinated, at least in countries like the US, are unvaccinated by choice at this point, and don’t seem to believe it was ever an issue in the first place.

But Delta does have one extremely important consequence: it gives monetary policymakers and OPEC+ an easy excuse to surprise on the dovish side, especially given recent action in interest rates, including Fed Funds Futures, which use forward rate instruments to understand where markets believe monetary policy is headed over coming quarters. Recent weeks have started to show an erosion in tightening expectations.

Or, for a simpler view, just take a gander at the US 10-yr T-Note yield. It has fallen from 1.8% to under 1.2% in a matter of weeks. OPEC+ is barely inching up production despite predictions of a coming deficit, as demand outweighs supply. And all of it based on the risk that producers see that we could be back in lockdowns in a couple months.

In other words, with the Delta variant, the reality is dangling a PTSD carrot in front of policymakers, who are asymmetrically motivated to avoid another deflationary collapse that piles on more debt and more need for bailouts and extraordinary policy measures.

All of this would seem to more or less ensure that a non-catastrophic turn in behavior relative to the variant will lead to a greater potential for a policy error that ultimately stokes the value of commodities and commodity stocks.

We cover some of the group’s more interesting recent catalysts below.

Teck Resources (NYSE:TECK) bills itself as a resource company, which engages in mining and development of mineral properties. It organized into business units focused on steelmaking coal, copper, zinc, and energy.

The firm also offers lead, silver, molybdenum and various specialty and other metals, chemicals and fertilizers. It focuses on its project operations located in Canada, Peru, Chile, and U.S.

Teck Resources (NYSE:TECK) recently released its third TCFD-aligned climate change report, Climate Change Outlook 2021, outlining how Teck will continue to create shareholder value by producing metals and materials that are essential for a low-carbon future while also taking steps to reduce emissions to achieve the goal of being a carbon-neutral operator by 2050.

“Teck is taking significant steps to address climate change risks because we know all sectors, including mining, need to play an active role in contributing to solving the challenge of climate change,” said Marcia Smith, Senior Vice President, Sustainability and External Affairs. “We are working to reduce the carbon footprint of our operations, while at the same time rebalancing our portfolio towards copper, which is an essential metal for low-carbon technology and infrastructure.”

While this is a clear factor, it has been incorporated into a trading tape characterized by a pretty dominant offer, which hasn’t been the type of action TECK shareholders really want to see. In total, over the past five days, shares of the stock have dropped by roughly -13% on above average trading volume. All in all, not a particularly friendly tape, but one that may ultimately present some new opportunities.

Teck Resources (NYSE:TECK) announced sales of $2.5B in the company’s most recently reported quarterly data, logging a rate of top line growth of 7.2% on a y/y basis. But we would point out the battle TECK has on the balance sheet, with cash levels struggling to keep up with current liabilities ($369M against $3.5B, respectively).

Viking Energy Group Inc (OTC US:VKIN) is perhaps the most speculative name on this list. But it bears close consideration at this point because it has active production operations in the energy space, which has been the strongest individual commodity niche this year already.

But, more importantly, as a smaller-cap name in the space, its prospects are almost entirely rooted in the terms it can get for access to capital to fuel scaling expansion in its production capacity. And, on this note, the company has recently received some very good news that the market doesn’t seem to have noticed yet – potentially providing an opportunity for investors.

Viking Energy Group Inc (OTC US:VKIN) is, in fact, the majority owned subsidiary of Camber Energy Inc (NYSEAMERICAN:CEI). And, as luck would have it, CEI very recently announced that it has inked a deal with a major funder for $15 million in fresh unencumbered capital in the form of a premium-to-market convertible deal that can’t be dealt by the lender without a major increase in price in shares of CEI.

In other words, it’s non-toxic, non-dilutive capital that CEI has already said it will put to use to, in part, fund a major expansion in VKIN operations and production capacity – at least, if you read between the lines.

James Doris, President and Chief Executive Officer of Camber, commented, ‘These transactions serve as significant catalysts for advancing Camber’s growth initiatives. The $15M commitment by the institutional investor is encouraging and seemingly reflective of the confidence in Camber and our operations both short and long term. We are excited about the Company’s future and remain focused on forging a path toward profitability and increasing shareholder value.’

Viking Energy Group Inc (OTC US:VKIN) managed to drive revenues of $10.5M in its most recent quarter. That adds up to nearly 20% sequential quarterly topline growth and an adjusted EBITDA of $4.63 million. That has helped the stock start to tether itself to the rest of the commodity space. However, given its presence on the OTC, it’s very possible that the stock remains undervalued due to a lack of crowd participation. If so, it may only be a matter of time. In addition, CEI is in the process of fully merging VKIN in from what we can ascertain based on our read of company communications from each.

At that point, the premium generally assigned to an uplist from the OTC and onto a major listed exchange might confer to those with VKIN shares.

Weyerhaeuser Co (NYSE:WY) recently announced the completion of the sale of 145,000 acres of timberlands in the North Cascades region of Washington to Hampton Resources for $266 million.

The transaction was announced in April 2021, and the company anticipates no tax liability in conjunction with the sale.

Even in light of this news, WY has had a rough past week of trading action, with shares sinking something like -3% in that time. That said, chart support is nearby, and we may be in the process of constructing a nice setup for some movement back the other way.

Weyerhaeuser Co (NYSE:WY) managed to rope in revenues totaling $2.5B in overall sales during the company’s most recently reported quarterly financial data — a figure that represents a rate of top line growth of 45%, as compared to year-ago data in comparable terms. In addition, the company has a strong balance sheet, with cash levels exceeding current liabilities ($1B against $0). 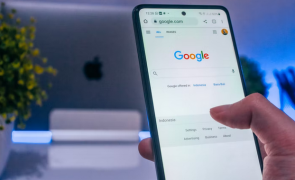 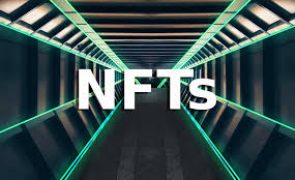