Boston, MA 10/03/2014 (wallstreetpr) – CBS Corporation (NYSE:CBS) is all set to take its market share on the next level after experiencing supportive market conditions. As per the information, CBS RADIO has signed an agreement with Beasley Broadcast Group, Inc., in order to swap 13 of its stations in Charlotte and Tampa. Apart from it, CBS will also swap 1 AM station in Philadelphia for three FM stations in Miami and two FM stations in Philadelphia.

What will be the impact of SWAP:

With the help of these SWAP transactions, CBS Corporation (NYSE:CBS) will be able to enter into Miami market for the very first time. It is the 11th largest radio market of the country. Currently, CBS has two stations under its name, i.e. WBFS-TV and WFOR-TV. As soon as the current transaction gets over, it will also operate WPOW-FM (Top 40), WKIS-FM (Country) and WQAM-AM (Sports). Apart from enhancing its impact in Miami radio market, CBS will also be able to increase its presence in Philadelphia. As per the information, its radio stations will grow to six with the addition of WXTU-FM (Country) and WRDW-FM (Top 40).

CBS Corporation (NYSE:CBS) has been trying hard to expand its operations in those markets, where there are a lot of opportunities available for future growth. Management of the company is extremely delighted and hopes that CBS RADIO will continue to explore new markets in the future as well. While interviewing, Dan Mason, CEO and President, CBS RADIO told reporters that the current announcement was a good example of company’s strategy of growing in large markets. He further added that CBS already had television duopolies in both Miami and Philadelphia, and with the addition of new stations, its local broadcasting portfolio will grow significantly. According to him, the company will continue to expand its operations in large property markets where the scope of future growth is high. 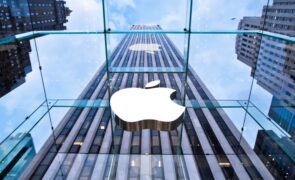