Boston, MA 04/04/2013 (wallstreetpr) – Brian T. Moynihan, the Chief Executive Officer of Bank of America Corp (NYSE:BAC) (Current: $11.87, Up by 0.68%) has called over 100 of the banks regional leaders for a private meeting. The objective of the meeting is to have the leaders buck up on performances in their respective segments and up the lenders revenue that has taken a big hit, said a couple of people in the know. The two-day even is being held in Chicago and the managers will be judged on the basis of their performance in sales. Bank of America has 53 million customers but the revenue has been dipping every year. In the three years that Moynihan has been at the helm, the lender has gone through several changes.

In addition to selling assets he corrected Bank of America Corp (NYSE:BAC)’s balance sheet as well. He also managed to very effectively settle over $40 million worth of loans that were linked to mortgage defaults. He is also in the process of integrating the rest of the firm’s units in a more cohesive manner in order to persuade clients to give them more business. A large number of firms adopt this kind of a strategy which is tagged as cross-selling. Companies such as Wells Fargo & Co (NYSE:WFC) (current: $37.01, Up by 0.93%) Citigroup Inc (NYSE:C) (current: $42.34, Down by 0.38%) have used it very successfully in their dealings and have reaped results from it.

Strategy had failed in the past

A prominent analyst had noted that in the past, Bank of America Corp (NYSE:BAC) has had a notably dismal track record with cross-selling and will have to concentrate more on keeping itself firmly grounded rather that dealing with any random legalities. Ideally the strategy involves having a customer sign up for different services at the same time. Citigroup has used this kind of strategy very effectively where he had merged the consumer banking business with an insurer. In effect, what this does is that it provides the customer with one-stop solutions and they do not have to go to different companies for different requirements. The ex-CEO of Citigroup Inc (NYSE:C) had denounced this strategy before his departure.

The Moynihan game plan comes on the heels of the new marketing campaign that the bank will be launching this month. It stresses on the manner in which customers can be offered deposits, credit cards, mortgages etc. 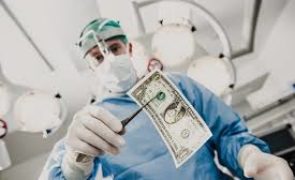