Apple will become the latest big tech company to engage in solving such a major issue. However, economists and lawmakers believe that the problem of housing is significantly influenced and caused by the company.

Apple’s action is believed to have been influenced by the pressure it is receiving, as well as other Silicon Valley tech giants, to intervene and help with the housing crisis in the region. The crisis has been caused by the progressively soaring housing prices influence by the highly paid personnel employed by these tech giants. According to Zillow, the average value of a house in San Jose is estimated at $ 1 million, which is double the value in 2012.

The Involvement of Tech Giants

These big companies have upheld their social responsibility by getting involved to find a solution and ease the problem. This is followed after Google made a pledge of $1 billion, and offering from Facebook of $1 billion to help the housing problem in California.

Although this may seem like a big financial commitment to Apple, they are well capable of sustaining this plan. This is especially after their move to take advantage of the new tax rules enforced last year, which led to them getting a refund of $252 billion, which were held abroad.

Robert Silverman, a housing expert at the University of Buffalo, said that “Initiatives like Apple’s “definitely relieve some of the pressure on the housing market. But you need an extensive policy at the state or federal level to reach more people.”

The housing problem in California will be well catered for given the huge donations and including other expected sources from private and public institutions. The only concern arises with the local housing rules, which are not usually open to dense housing designs, which are deemed the viable solution id solving this housing crunch. 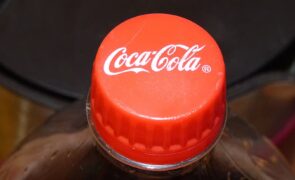