Boston, MA 09/15/2014 (wallstreetpr) – Zynga Inc (NASDAQ:ZNGA)’s executive staff turnover edged up following the exit of Maytal Olsha, who left the company for a startup project. Olsha was the company’s Chief of Social Slots. A number of executives have left the company since Don Mattrick was brought in to steer the struggling social games company to the next level. Zynga confirmed the exit of Olsha, but did not provide further details.

Zynga Inc (NASDAQ:ZNGA) tapped Mattrick, who was previously at Microsoft Corporation (NASDAQ:MSFT) as the head of Xbox, to help the company expand its market share, tap more revenue and create value for the shareholders. In addition to various product development announcements, the coming of Mattrick has also seen almost all old executives abandoning the company. As such, the only old executive faces at Zynga presently are founder, Mark Pincus and Barry Cottle. Pincus dropped the CEO title to create a room for Mattrick, but he remains the company’s chairman.

Zynga Inc (NASDAQ:ZNGA)’s stock has been under pressure in the recent times and the company’s performance is also a cause for concern, which explains why the stock is down more than 23% so far this year. The company reported a loss of $0.07 a share in the most recent quarter, behind the estimated loss of $0.03 a share. As if that was not enough, the company reported revenue of $153 million, which compared unfavorably with the estimate of $191.21 million for the quarter. Revenue was down almost 33% YoY. 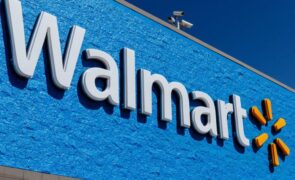