Alphabet Inc (NASDAQ: GOOGL) wants to push the small-business users to pay for using its customized email service. Then the company’s decision covers the other workplace apps. Users will pay to enjoy those services. A user called Richard Dalton opens up about how he has relied on the service for a long and how the drastic move affects him and his business.

Richard runs a scholastic test-prep company in Vancouver, and he can’t understand why he should start paying for a service he had been using for free. However, the company says that G Suite legacy free edition users need to brace for the times ahead because it will charge them. It is an edition that consists of email and apps such as calendar and Docs.

Google intends to charge users about $6 for each account. In other words, it will charge each business email address. It also has a plan on how to handle any business that won’t undertake a voluntary switch to paid services. The company says that from June 27, it will automatically move such business to the paid services. Failure to pay by Aug. 1 would force the company to suspend the accounts.

Is it oppression or annoyance?

Most users perceive the company’s move rather negatively. They don’t see it as financial manipulation. Instead, they view it as an annoyance. The small-business owners don’t like how the company handles its affairs in this regard and continue to express their outrage.

The users say it is surprising to see a major company such as Google plotting to squeeze the little guys yet have billions of dollars. In addition, they believe the company should have supported the first businesses to employ its services for work instead of doing what it is doing currently.

The owner of Think It Creative, Patrick Gant, is the other depressed person who doesn’t support the company’s decision. He admits that most users feel deprived after depending on the services for a long time on an unrestricted basis. However, he believes that users learnt about the company’s plans and should have considered working with more options. He says that Google versus other alternatives would work for him any day. 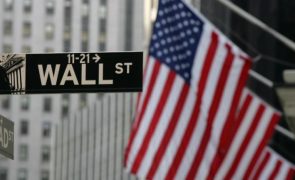